Pittsburgh’s Most Lethal Roads For Motorcycles 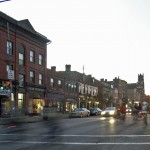 The warmth of the summer sun is often shortly followed by the revving of motorcycle engines eager to hit the open road. Yes, the long awaited motorcycle season is here and Pittsburgh bikers are taking advantage of every clear day to put their bikes to use. And there is no shortage of riders in the area. In 2013, the state of PA recorded a total of over 860,000 registered motorcyclists, a number that has increased by just under 100,000 since 2004.

We know it’s probably not at the top of most riders’ minds when they’re out on their bike, however, safety should be a primary concern when cruising through some of the downright convoluted streets of Pittsburgh. In a state that ranks 8th for worst roads in the country, it’s particularly important for local riders to exercise caution whether taking an extensive road trip or just going for a short Sunday drive.

A crucial part of staying safe while riding includes always understanding one’s surroundings and what immediate dangers they may bring. In an effort to help inform local motorcyclists of potentially dangerous “problem roads,” we decided to team up with local experts to create a list of roads that riders should watch out for.

**NOTE: These maps are best viewed on a full screen.

The Whereabouts: Between Wildwood Rd. & the PA Turnpike

The Description: From 2009 – 2013, Rt. 8 has been the location of the vast amount of motorcycle crashes in the area. In the five year period, the road has been the site of 21 motorcycle accidents; almost double the amount of any other area road.

One of the particularly dangerous sections of Rt. 8 lies between Wildwood Rd. and the PA Turnpike. Hal Deily, President of the Greater Pittsburgh Motorcycle Safety Council, explains the real danger of Rt. 8 lies in the sudden change of road environment. “You get some high speeds on Rt. 8 which can be problematic. Rt. 8 changes very quickly from an open residential road to a congested business area and back again. Many riders will have their mind a mile back and fail to adjust to the new situation.” This failure to adjust means that riders may enter the congested area with out-of-control speeds or in improper lane positions.

What’s more is that the businesses located along Rt. 8 only add to the confusion. Riders will encounter frequent intersections and must be aware of traffic pulling on and off the road at all times. Cross traffic from the opposing lane must always be at the top of a rider’s mind. Furthermore, the hill crests on Rt. 8 can severely limit visibility providing yet another obstacle to motorcyclists.

When riding along Rt. 8, it’s crucial for riders to understand that the environment around them is changing at all times. Riders should adjust their speed and lane position accordingly when they realize they’re hitting a more congested section. Also, motorcyclists should always be on the look out at every intersection for sudden turns from opposing traffic.

The Whereabouts: Between Brushton Ave. & the Larimer Avenue Bridge

The Description: For motorcycles and cars alike, Penn Ave. can be considered one of the most threatening roads in the Pittsburgh area. In fact, in just this 2 mile stretch of road, there have been a total of 342 crashes that have left 244 injured and 4 dead. These statistics contribute to its status as PennDOT’s 11th most dangerous state roadway.

So what’s the problem? Speeding is often cited as the main concern. Drivers regularly neglect the road’s 35 mph speed limit. In fact, motorists will actually increase speeds through red lights in order to avoid long wait times between lights. On top of that, this road is traveled by many distracted business men and women making phone calls on their commutes to work. Many of them may not be giving the road their full attention. Impatient and distracted drivers can be a huge problem for Penn Ave., especially during those hours of high congestion.

The Description: Much like Penn Ave., Liberty Ave. attracts many Pittsburgh business commuters going to and from their work destinations. On Liberty Ave., drivers may attempt to run red lights to avoid wait times and may also be observed using their cell phones during peak traffic hours. According to the Southwestern Pennsylvania Commission, Liberty Ave. is a “high crash corridor” containing several dangerous intersections within. Between 2005 – 2009 a total of 96 automobile accidents occurred between 16th St. and 31st St.

Heavy traffic during peak hours and vehicles making turns in between parked cars with limited visibility are daytime concerns for many motorcyclists. After 10 p.m., all vehicles should look out for drunk drivers leaving the many bars along East Carson. This is when the vast majority of accidents occur. Always remember, impaired riding is one of the biggest killers of motorcyclists.

Additionally, motorcyclists will observe multiple road personality changes when driving down East Carson. For a few blocks riders might observe the bike lane, and then all of a sudden it will disappear. Same goes for parked cars. Some blocks allow for street parking and others do not. East Carson has the tendency of going through cycles of opening and closing right back up. It’s important to be aware of these changes at all times.

When driving down East Carson, it’s always crucial to be extra aware of the environment. Think to yourself, “What time of day is it? Will there be heavy pedestrian traffic? Heavy automobile traffic? Are people likely to be intoxicated? Which lane are the bicyclists suppose to be in?”

The Whereabouts: Between Saxonburg Blvd. & Rt. 8

The Description: Rt. 910 is a favorite of many local riders because the road’s frequent twists and turns allow them to really “feel” the motorcycle underneath them. The thrill they seek from riding this road may cause them to travel in and out of turns at uncontrolled speeds putting them at risk to lay their bikes over. Deily says this behavior can be dangerous. “Curves present the most causes of single vehicle accidents. Riders get in trouble when they carry too much speed into a corner and hit the corner wide.”

As well, motorcyclists should always be on the lookout for other automobiles pulling in front of them due to the poor visibility Rt. 910 allows. Reducing speed and directing the eyes toward where they’re headed are both great solutions to Rt. 910’s challenges.

The Whereabouts: Between Rt. 88 & the Liberty Tunnels

The Description: With lots of cross traffic, a confusing turn only lane and double lights that are only 30 yards apart, Saw Mill Run Blvd. has given drivers around the area significant problems for years. In 2011, Saw Mill Run had a streak of 105 automobile crashes during the previous 5 years. Even if one is familiar with the road it’s still best to exercise caution. Copious amounts of construction during the summertime can put many motorcycle riders in unfamiliar and even uncomfortable situations.

As well, the surrounding construction of other roads puts significantly more traffic on Saw Mill Run Blvd. then it was meant to handle. The result? Traffic suddenly coming to an immediate halt. One minute you’re moving at a healthy speed and the next you’re at a dead stop. Riders should always be on the look-out of any sudden braking of the drivers in front of them.

Between Camp Horne Rd. and the Mckees Rocks Bridge exists a plethora of gas stations, fast food restaurants and retailers. Here one will find motorcycles, trucks, and cars alike frequently turning on and off the highway to pull into these various destinations. There are also buses that routinely make stops along the river, causing right lane drivers to dart into the passing lane unexpectedly. All of this creates a lot of commotion that can be hard to keep track of.

Furthermore, in the middle of all of this, exists a turning lane opposing traffic can use to go left across Rt. 65. It’s very easy when driving along Ohio River Blvd. to lose track of the turning lane or not even realize you’re in it.

Combined with all the other movement going, it’s very easy for riders to “get lost” in the vision of other drivers.”People may see motorcycles but sometimes they don’t really notice them,” Deily states.

This section of road is also considered a high crash roadway. Ohio River Blvd. has had 100 automobile crashes in just a 5 year period.

5 Safest Motorcycle Helmets of 2014: Make sure you’re wearing the safest headgear possible. Check out our previous blog post that compares the safest helmets for any price range.

Motorcyclists of all ages and experience levels should always proceed with caution when they find themselves on any of the above roads. Please take your time to read this guide several times so that you really understand all the dangers associated with each road. We encourage you to print this guide out and share it with your fellow riders.

To send off, we want to echo this sentiment from PennDOT District Traffic Engineer, Todd Kravits: “We especially encourage motorcyclists and pedestrians to exercise more caution on our roadways because sometimes drivers can’t see them. We want them to return home safely to wherever they’re going.”

If you, a friend, or a loved one have been injured in a motorcycle accident, please contact one of our expert attorneys for your consultation today.

Are there any roads you would like other riders to watch out for? If so, please leave them in the comments below!

Free Downloadable PDF to Save, Print, or Share this Article

Bart Beier returned to Pittsburgh to open a private law practice after completing his education at Harvard University. He then co-founded the firm of Beier, Beier & Beier with his wife Mary. Bart has extensive litigation experience in a wide range of personal injury cases including slip and falls, auto accidents, and defective products. He provides clients with special insight into insurance practices, having worked for two major insurers before practicing law. Bart also has developed considerable real estate expertise with 35 years of experience. He has personally done over 2,000 real estate closings and has been a real estate title agent for over 20 years. Bart works with both residential and commercial real estate clients throughout Pennsylvania.