Can a Prenuptial Agreement Be Overturned? 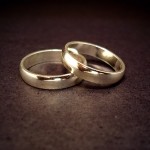 Many people consider prenuptial agreements to be the be all, end all of contracts. As It turns out, an airtight prenup is exceedingly rare. There are a number of factors that can result in a judge overturning a prenuptial agreement, but reaching that point is difficult.

There are no overarching rules that govern prenups. The statutes vary from state to state, and typically a judge evaluates each case based on its individual merit. However, every lawyer will be looking for one aspect of the contract that makes the agreement outrageously unfair.

“Any lawyer looking to get his client out of a prenup is going to ask three questions,” James Hennenhoefer, president of the American Academy of Matrimonial Lawyers, told ABC News. “When was it signed? Where was it signed? And under what conditions was it signed?”

Timing plays a big part in evaluating prenuptial contracts. If a couple signs a prenup a week before the wedding, for example, the contract is easier to break. One party could argue that they didn’t have enough time to completely grasp the terms of the agreement.

Many states adopted the terms of the Uniform Premartial Agreement Act, which make it necessary to sign a prenup well in advance of a wedding. However, Pennsylvania was not one of those states.

Duress
Duress can tie in with timing, but for the most part duress implies that a spouse was under some sort of pressure to sign the contract. Rather than signing it willingly, the spouse was forced into the agreement either due to time constraints or stress.

For example, a wife could be forced into signing a prenup after a lavish wedding is paid for. She may feel pressure to sign the agreement if she thinks that the wedding won’t take place if she refuses to sign.

Full Disclosure
A solid prenup usually includes a list of each person’s assets and debts. If it doesn’t, this could be grounds for breaking the contract. A judge could decide that the agreement isn’t fair if a spouse doesn’t fully understand what they will or won’t gain in the event of a divorce. So, if one party conceals assets from the other, a judge would likely consider that fraud.  It’s important to note, however, that many spouses sign contracts that waive this requirement.

Sometimes, a judge might look at the terms of a prenup and raise an eyebrow. For example, if an agreement contains terms so unfair that one party would be left with absolutely nothing following a divorce, that contract probably wouldn’t hold up in court.

Importance of Legal Counsel
It’s also possible to overturn a prenuptial agreement if one or both parties signed the contract without legal representation. In cases like this, judges will look to see what sort of circumstances surrounded the signing. Was it drawn up by the wealthier spouse and forced upon the other?

It’s important to note that lack of legal counsel won’t guarantee that a prenup will be overturned. It’s imperative to seek counsel when entering into any contractual agreement so that you may foster a firm understanding of the contract and be better equipped to protect yourself in the future.

Mary Beier graduated from the University of Pittsburgh School of Law and then co-founded the law firm of Beier, Beier & Beier with her husband Bart Beier. She is an experienced litigator with particular emphasis on personal injury and equine litigation. Mrs. Beier also works in the firm’s family law practice. She focuses on client communication and understanding throughout the course of a client’s legal problem. She is adept at working out creative and cost-effective solutions that clients can be happy with.