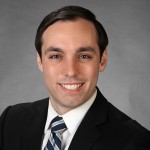 Beier Law welcomes a new member to our legal team: Associate Attorney James Craig. James was initially hired at Beier as a law clerk and joined our legal team as an associate attorney this last Fall. Our team is comprised of exceptional individuals and James is no exception. Given his recent accomplishments, I’d like to take a moment introduce you to James and tell you about his journey so far.

James is a Washington County native who grew up on a farm. If this rings like the beginning of a bootstrapper tale, it may well be.

“I started to realize that people can become empowered through a knowledge of the law,” he said. A desire to effect positive change through law began.

James’s early passion for law emerged here at Beier Law as well. While still at law school, James started at our firm as a clerk in 2012. This placed his feet firmly in two oft-opposing words: real life and academia. This felt jarring at first, said James, but it soon turned into an irreplaceable learning opportunity. He thrived.

“Law school was the theoretical but working at Beier Law, I got to see the practical side of things,” said James. He soon found himself choosing courses at school that reflected his work at Beier. In that same vein, his classroom performance boosted from his real-life experience.

Clerkships don’t always evolve into full-time jobs. After graduating law school and demonstrating his hard work and passion here at Beier Law, James officially joined our legal team as an associate attorney in the Fall of 2014.

Now officially a lawyer after years of hard work and accomplishments, James doesn’t view this milestone as mission accomplished. When asked, James said his goal wasn’t about signing “Attorney” before his name or adding a plaque to one of our doors. It’s about what he believes in personally: helping all people be equal in the eyes of the law.

We congratulate and welcome James and look forward to his future accomplishments and contributions as part of our team.

Mary Beier graduated from the University of Pittsburgh School of Law and then co-founded the law firm of Beier, Beier & Beier with her husband Bart Beier. She is an experienced litigator with particular emphasis on personal injury and equine litigation. Mrs. Beier also works in the firm’s family law practice. She focuses on client communication and understanding throughout the course of a client’s legal problem. She is adept at working out creative and cost-effective solutions that clients can be happy with.